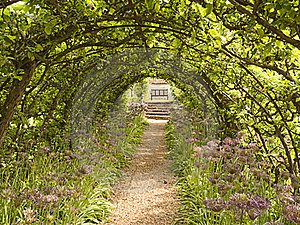 Life isn't about finding yourself. Life is about creating yourself. - George Bernard Shaw.
This is true but by finding your True self it will guide you down the path to creation Kyle L.Johnson
Posted by Kyle Johnson at 11:43 AM 2 comments:

Email ThisBlogThis!Share to TwitterShare to FacebookShare to Pinterest
Labels: Mental Survival, New age quotes, steps to surviving with others, Struggle

Hay-bale-gardening-effortless-food-production-with-no-weeds-no-fertilizer-less-watering-video/#.VsYZbfkrK1t
Posted by Kyle Johnson at 11:40 AM 6 comments: 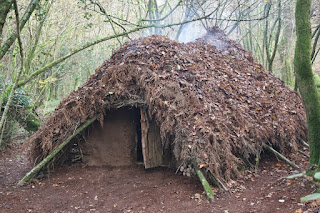 Simple-dos-and-donts-of-building-a-survival-shelter
Posted by Kyle Johnson at 12:52 PM No comments:

Butt fucking Flint-politics as a hoe

If you don't pay your water bill they put a tax lien on your home 16,000 people have lost their homes " Resident Of Flint Speaks Out About The Water Crisis!
Posted by Malik Rhasaan on Tuesday, February 9, 2016
BUTT they did however take action on this. The Sodomy bill

Ok first, let me say thank you for giving me this opportunity to bash the ever living shit out of our wonderful government. Secondly I would like to thank all the state and federal government officials that have made this possible. Many of them that we will never know were ever involved. You are slipping badly, how long do you think the American public will keep their eyes closed and their mouths shut.

So the irony of these two articles the video and the Sodomy bill is unbelievable. It is in my experience that usually the people that are doing the most fucking always want to be the only ones doing it. Why should our government be the only ones getting ass. There is a tactic here of course, distraction first and foremost and secondly to satisfy and gain support from a conservative / religious stand point.   This bill which really is a diversion will probably rarely get enforced although it is still un-just and could be a serious civil right violation.

The first thing that came to mind when I read the Sodomy bill article was a skit similar to the those produced by Saturday Night live. The scene opens with two cops meeting in the hallway of an upper middle class apartment complex.

Sargent: hey charlie (pointing towards the apartment in front of him) so whats the situation in there?

Officer01:Charlie: Its a sodomy violation.

Sargent: How many offenders?

Charlie: Well I'm not sure its kind of complicated, Its the mayor sir.

Sargent: damn... ok well is it his wife or mistress this time.

Sargent: (now very irritated) Charlie!! get to the damn point its the end of my shift and I just want to write this up and get home to my wife and kids.

Charlie:  See that's the thing sir its your wife.

The Sargent steps away and faces the corner. Thinking to himself: this is a bad problem somebody has to take the charge for this. Do i charge my wife or the mayor. The Sargent knows the mayor has to walk away from this or there will be a tidlewave of repercussions.   He makes his way back over to Charlie.

Charlie: See that's the thing sir (at this point the Sargent cuts him off)

Sargent: What the fuck is it now, cant you see how upsetting this is for me, get to the point.

Charlie proceeds to call over one of the other officers who happens to be one of the first to arrive on the scene. He is holding an evidence bag tightly against his chest.

Charlie:(whispering to the officer first on the scene): Its ok just show him.

Humors Great butt here's my basic point.  Why do we give a crap about who is fucking who and how nor should we care. I think its pretty obvious what group this particular law is targeting. But yet our government rejects any accusations and frowns on the fact that racism which is really just a race specific word for prejudice is unacceptable or practiced by government officials. Obviously to me this bill says differently.

It all goes back to the connection between our Governmental system and religious beliefs that are intertwined within it. From this writers standpoint I believe that to have a true and fair democratic systems religion should not be expressed through it.

Flint Michigan is a tragic story and it is one that is similar to others. it has happened before and it will happen again. The great thing is that this is happening in a time when social media has given everyone the ability to have a voice.

As Americans we should learn to use these tools and not let the same people that try to control us destroy us by pitting us against ourselves. The hatred the envy ect are all ways of keeping the group separated. The object is to keep us arguing and buying.

Planting a seed of self destruction It is a very old war tactic and is written in many books and movies and even taught within our special military units. Nowadays most people don't even know who to be angry at as well as who or what the enemy is.

The Diversion Is working...Use the tools and create networks and exchange information. Because lets face it its not the guy next door or the Black dude or the Homosexual the Redneck or the non-violent Muslim that is really making life so tough. If that is what you believe than you have already lost. You are shooting your anger at the wrong enemy and the real one is just waiting to ambush your behind.

Posted by Kyle Johnson at 9:52 AM No comments:

Choices Of an Open Mind


Two of these have something very important in common see if u can figure out what it is. There are many possible answer...

This post is also a look into the way we perceive things. Some will think of the woman and man first. Many however will look at Race as their first observation. Some may even go as far as putting together the idea of an interracial couple with children (trust me it happened more than you think) many to the point of being offended .Some will look at the expressions of the individuals and others the age groups.
The way we first perceive and judge images based on a question gives great incite on who we are and how we have learned. To help understand or own judgments and reasons for our decisions is a vital part of developing our mental survival capabilities. So read the greatest book you have ever written (Your Mind) and read each chapter to help decide and possibly change the ending.

The Answer Is the babies, they are un-tainted and un -biased in the way they learn they have a clean slate / canvas. This ability has open doors that will also affect the outcome of their Adult lives. In conjunction the adults have the ability to teach the young and help forms the circle of life. So open your mind and teach well so you don't destroy the canvas for future generations of artist creators, teachers, leaders and survivors.
Posted by Kyle Johnson at 5:59 AM No comments:

Source http://www.independent.co.uk/
Posted by Kyle Johnson at 1:05 PM No comments:

Please don't give me an excuse...look get a grip people this is really about poverty and if you watch the video questioning the former mayor. You will notice the part about the car factory (and how they quickly changed the water options for them). The fact is your government only gives a shit about people that can produce and benefit them and the mega wealthy that control it.

Yes race may be an issue here but that goes way back to a time when our laws were created for whites by whites. The way the voting demographic and the electrical grid are set up is based on where the Black communities where tactically located and placed...IE (when the lights go out power would be restored to the minority areas last)

Yes I said placed, back in the days just after slavery. Its Called a demographic grouping tactic. Control a group of people by structurally and financially funneling them in to controlled locations(Search: Population Dynamics). Now these same tactics have been ported over for use of financial stature . So try not to focus on the racial part of this and just realize that our wonderful government has been using US (meaning everyone) like pawns pretty much since the beginning
Yes the mayor fucked up but to his credit the deciding order, funding, barriers ect came from higher up and were probably set in stone long before he even got in office I'm sure. He is just a pawn as well.
Posted by Kyle Johnson at 10:44 AM No comments:

For the survivalist this tool has numerous usage possibilities.

Could this be a deterrent for mass shootings?
Posted by The Future Is Now on Tuesday, January 26, 2016

Posted by Kyle Johnson at 8:55 AM No comments:

Mental Survival in a World Thats Going In The Toilet

I Hate Everybody T's

Some of my other articles

For Military Veterans & Their Friends & Family.